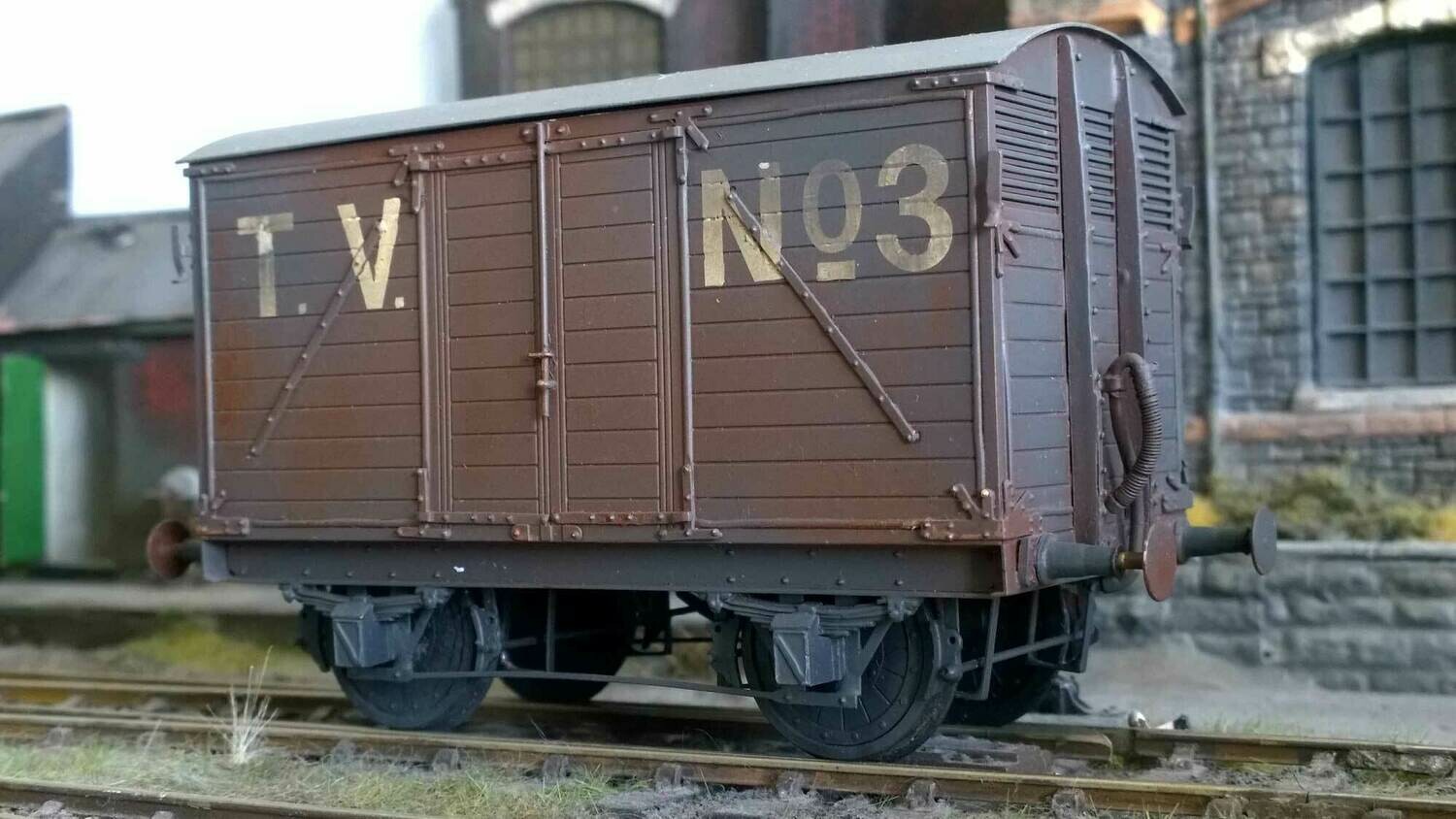 Requires wheels, paint and couplings (see notes on wheels below).

These six prototypes were built in 1884 by Brown Marshall and Co., and were originally fitted with 3’1.”Dia. open spoke wheels. However at some point, probably as train speeds increased, Mansell wheels were fitted. However I cannot find any definitive evidence that these replacement wheels were 3’1” or 3’7” and the kit caters for both diameters.
Vacuum fitted, they were numbered 1-6 by the Taff Vale and all were still in service at the grouping. The Great Western originally numbered them as 2395 to 3000 (as passenger vans) but it is unlikely that any carried these as they were again renumbered as 101573-101578 by the end of 1924.

A further modification occurred at some time under the Taff, when the original long handbrake lever was replaced by a shorter one in the Midland railway style, with the lever ending before the right hand axlebox. Again the exact date for this change is unknown, but it can be assumed that the vans were dealt with over a period of time, rather than all at once.

The Great Western standard grey would have been applied after the grouping, with 16” lettering.