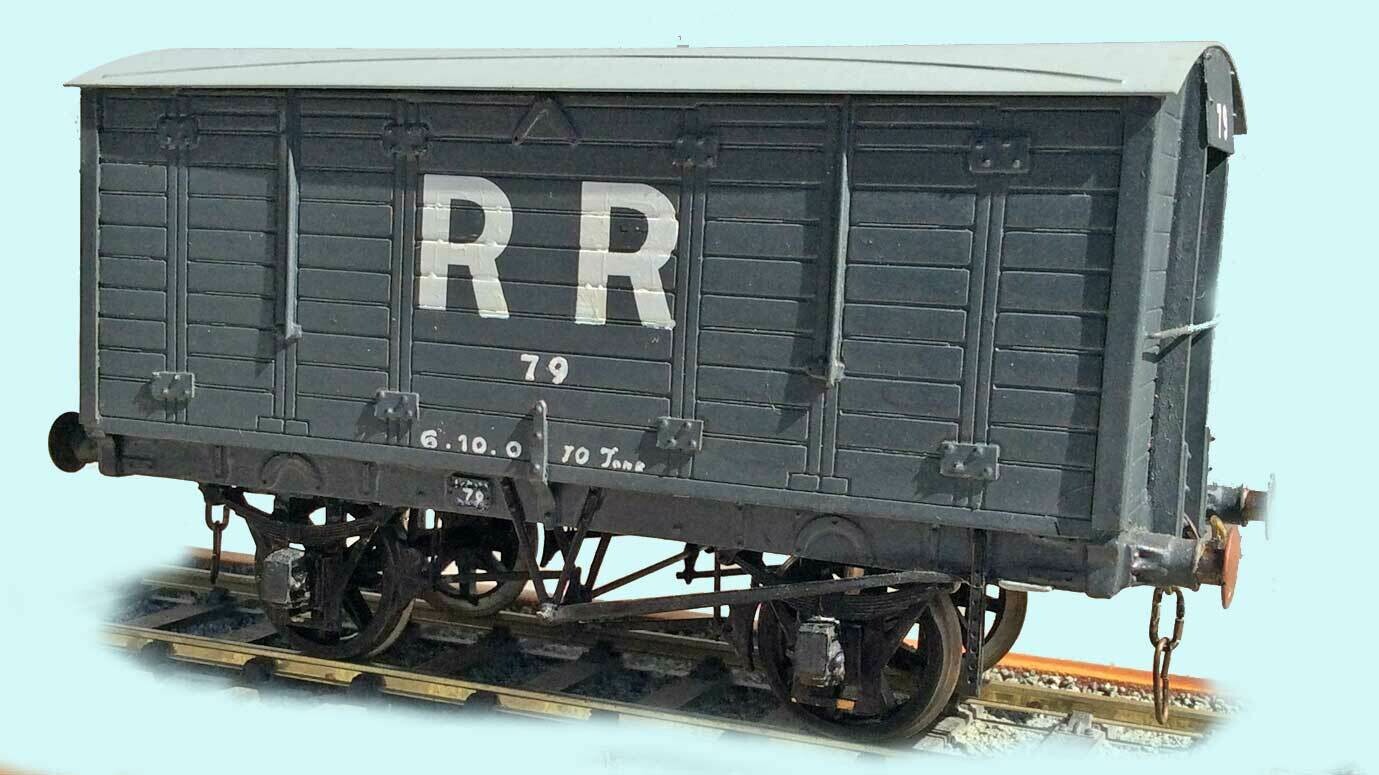 He has identified 4 types of van in Rhymney Railway stock, this being designated Type 3. It was the first design with internal framing and they were built from 1916 until 1922. As relatively new vehicles at the grouping, they continued in GW service for many years. I believe the last was withdrawn from departmental service in 1951, though this could be wrong.