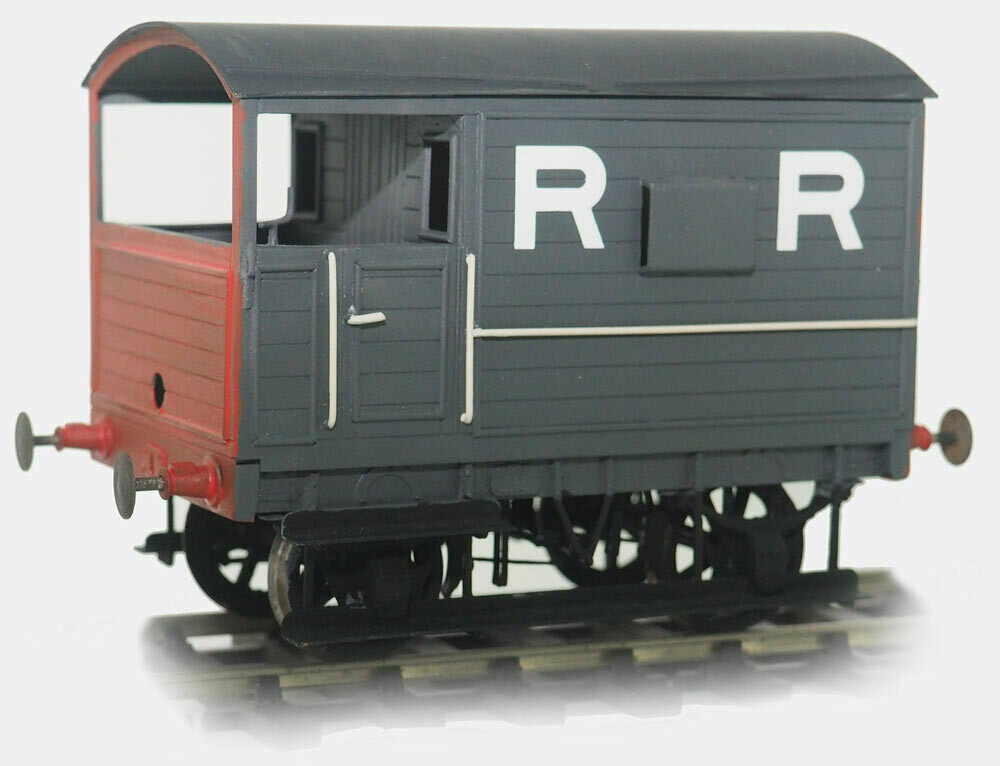 There were two of these vans built in 1871, starting life as a pair of timber trucks on the Rhymney Railway. They were rebuilt in 1891/2 as shunter’s trucks, and finally into the mineral brake vans depicted here in 1911.

They actually survived after the grouping until the late 1920’s, so they must have been useful, even to the Great Western!

It is believed that their workings were quite restricted, from storage sidings at Cherry Orchard and Mackingtosh Road to Cardiff docks, and the value of a 6 ton van on the back of a lengthy mineral train on the gradient southwards from Caerphilly can only be described as doubtful - the mineral wagon itself would have more braking power and it is likely that they were only provided to satisfy Board of Trade requirements.

They were painted dark grey in Rhymney days, an almost identical shade to the G.W. colour, with the outer ends painted crimson red. The solebars were also dark grey, with the running gear black. Handrails, roof and lettering were white, as was the lettering on the solebar number plate.