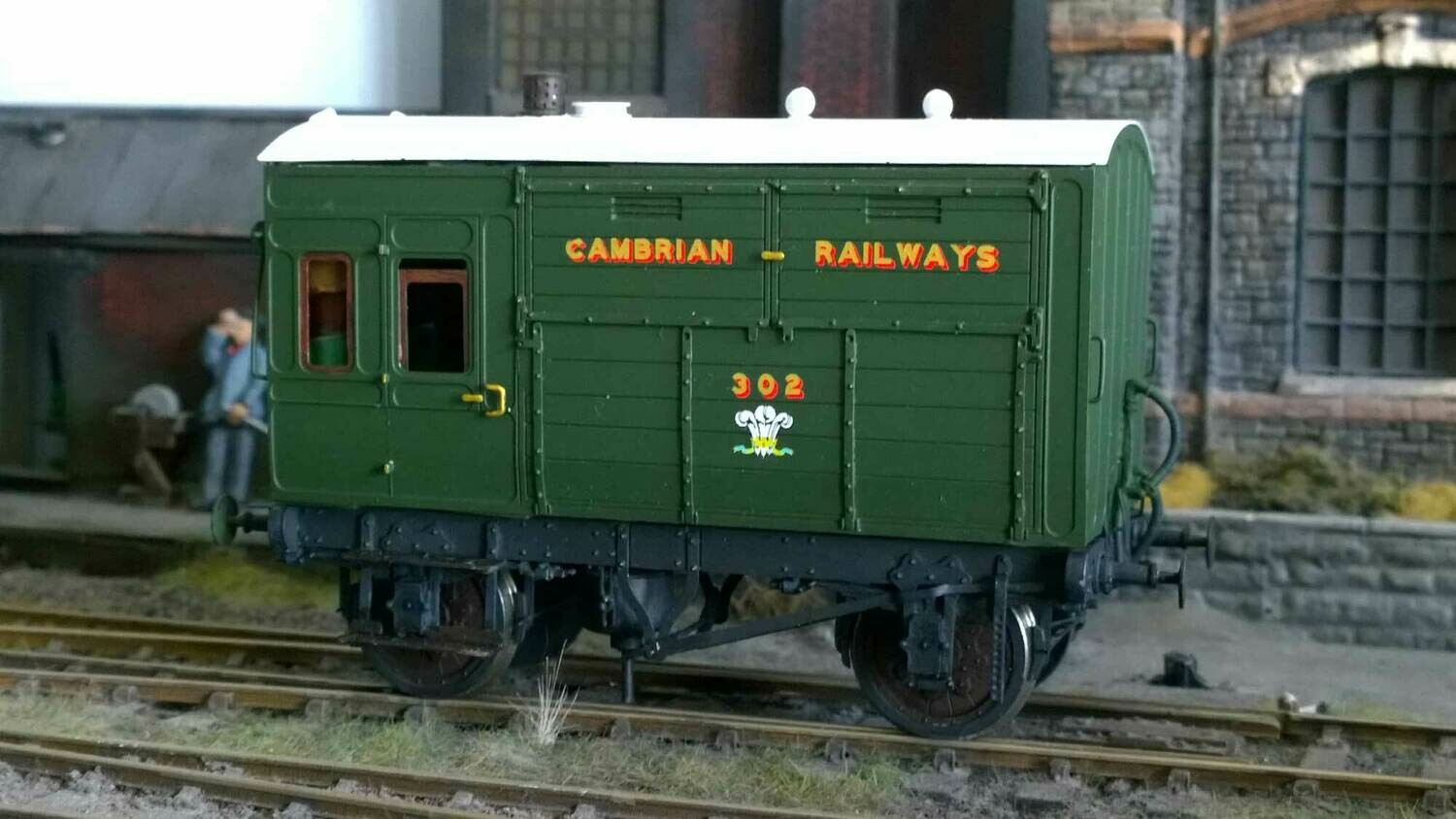 As a rural line, the Cambrian Railways moved a large number of horses, both internally and to other parts of the country as the more wealthy moved their homes and travelled. Equally, the need for transport in the more remote parts of the very scenic Welsh countryside grew and the horse provided for nearly all these needs until the conflict of 1939 changed things forever. Thus, a trade in horses was well established, and the transport of these animals was a major part of the Cambrian business.

The Cambrian eventually operated nearly 100 horseboxes, and the 12 prototypes of this model were built at Oswestry works in 1903. They were to the most modern specification, with an internal water tank, and comfortable accommodation for the groom. They were vacuum braked, but were also through piped for the Westinghouse brake, to allow them to run on any railway in the UK.

They were numbered 294 to 305 in Cambrian days, and all passed to the Great Western in 1923. However, I at the time of writing, I cannot find any further information on these vans, and it is possible that they were condemned fairly quickly by the GW. However, it is equally possible that they survived for some more years and I would be grateful for any further information.

Livery in Cambrian days would have been all over bronze green, with ironwork below the solebar black. Roofs would have been white when ex-shops, dirtying down to dark grey in service. If any were painted in GW colours, they would have been in the standard brown non-passenger livery.