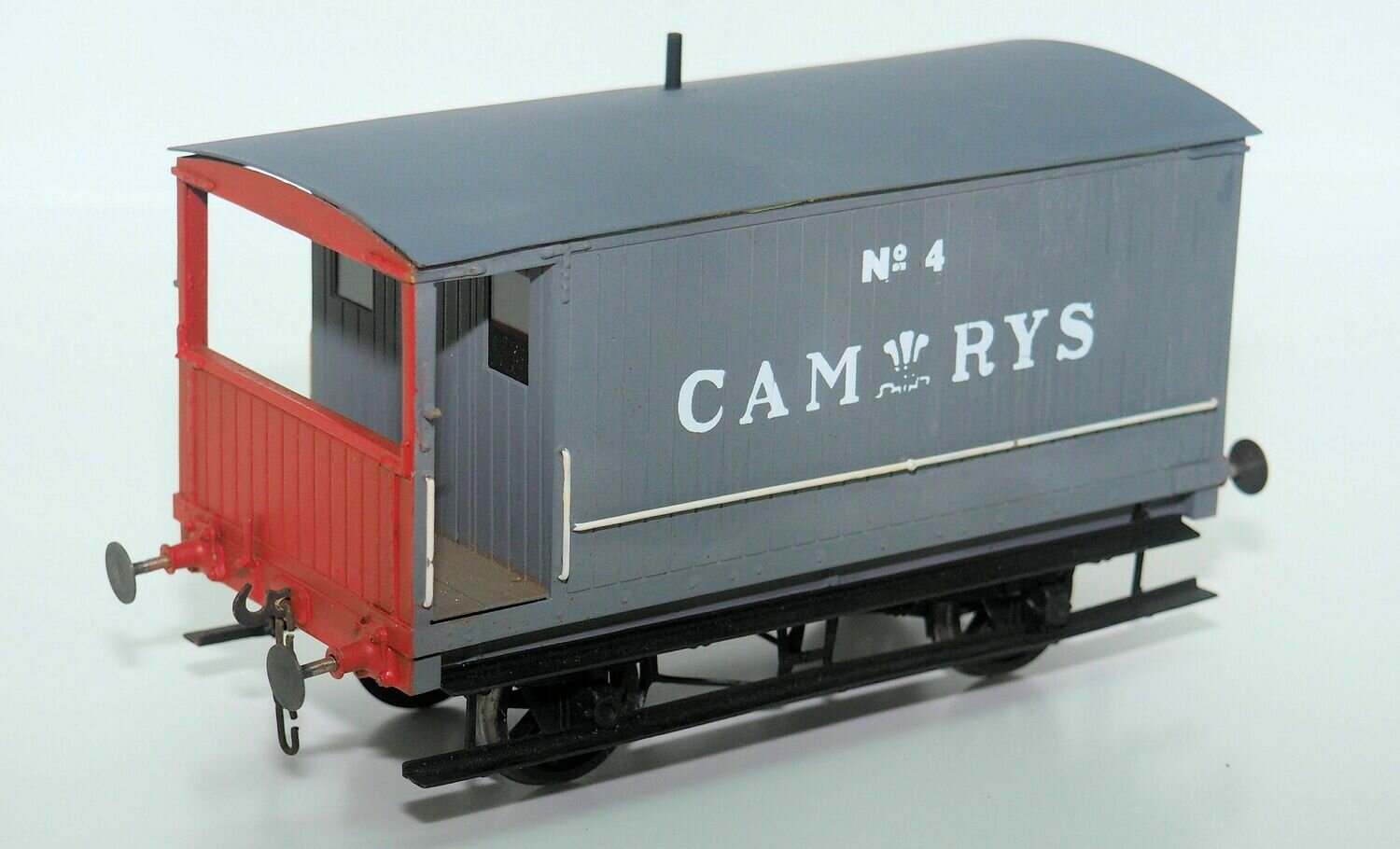 Introduction
Some three years ago, when the earlier kit for the Cambrian double veranda brake van was introduced, quite a few modellers asked about the Herbert Jones vans, with the single veranda, which came into service from 1902 onwards.

Quoted dimensions vary, with both internal and external dimensions being given in the GW wagon register for the width and length of the vans, apparently at random. It also shows Van 10 with a tare of 10-3-0tons, where photographs clearly give a tare of 13tons! The ways of the Cambrian were obviously inherited!
Livery details
When built, the vans were painted in Cambrian wagon grey, with black ironwork beneath the solebar. Ends were vermillion, with the sides lettered in white CAM (PoW feathers) RYS. One photograph shows the lettering shaded black, but this is believed to be taken when the vehicle was new for publicity purposes, as in service plain white is clearly used.
After overhaul after 1912, vans would have been re-lettered CAMBRIAN, and in 1915, the painting of the ends in red was discontinued.
Vans repainted by the Great Western would have been all over GW grey, with 16” lettering