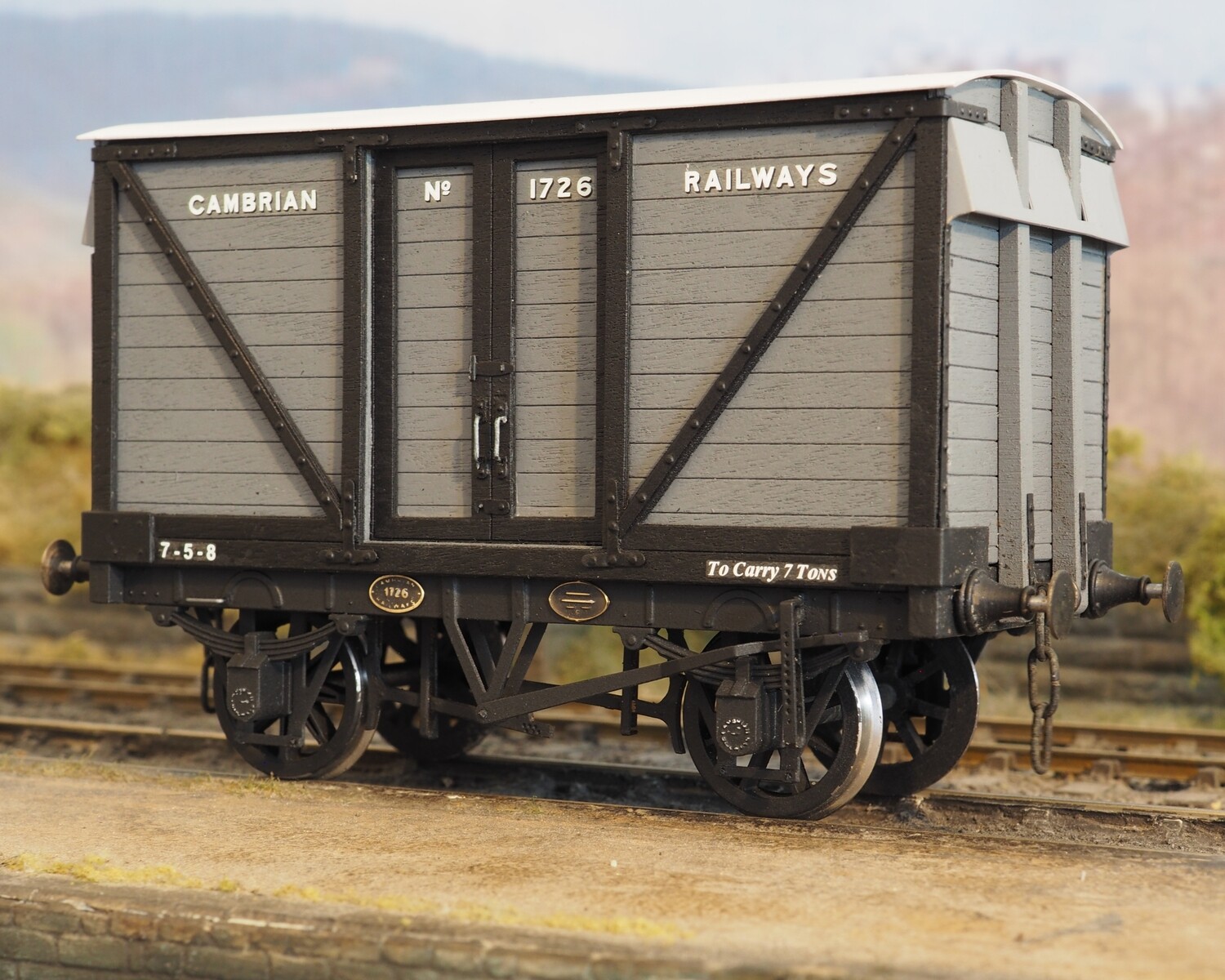 The model will build a 7mm to the foot scale model of Cambrian Railways six and seven ton covered vans.

The kits are based on drawings by M.E.M. Lloyd. I have little information regarding the seven ton version however suitable transfers are available for this from the source listed in the “Parts required to complete” section. The following table can be used as a guide but as with many things in this subject area, accuracy is not 100% guaranteed. Please get in touch if have any more information on the 7 ton vans.

Livery was standard Cambrian Railways mid grey, but the outside of the framing was painted black on the sides. I do not know if the end frames and wooden stanchions were also picked out in black. The vans were lettered CAMBRIAN RAILWAYS on the 2nd plank from the top, with the number (No. 951) on the second plank from the top of the doors. Works photographs indicate that the lettering was white shaded black, but I believe that in service, plain white lettering was used.

In GW days, repainted vans would have been in the standard grey all over, with 16" lettering The last vans were condemned in 1933, the last to go being No.1875

Derek Mundy for his significant contribution to this kit concept and design.