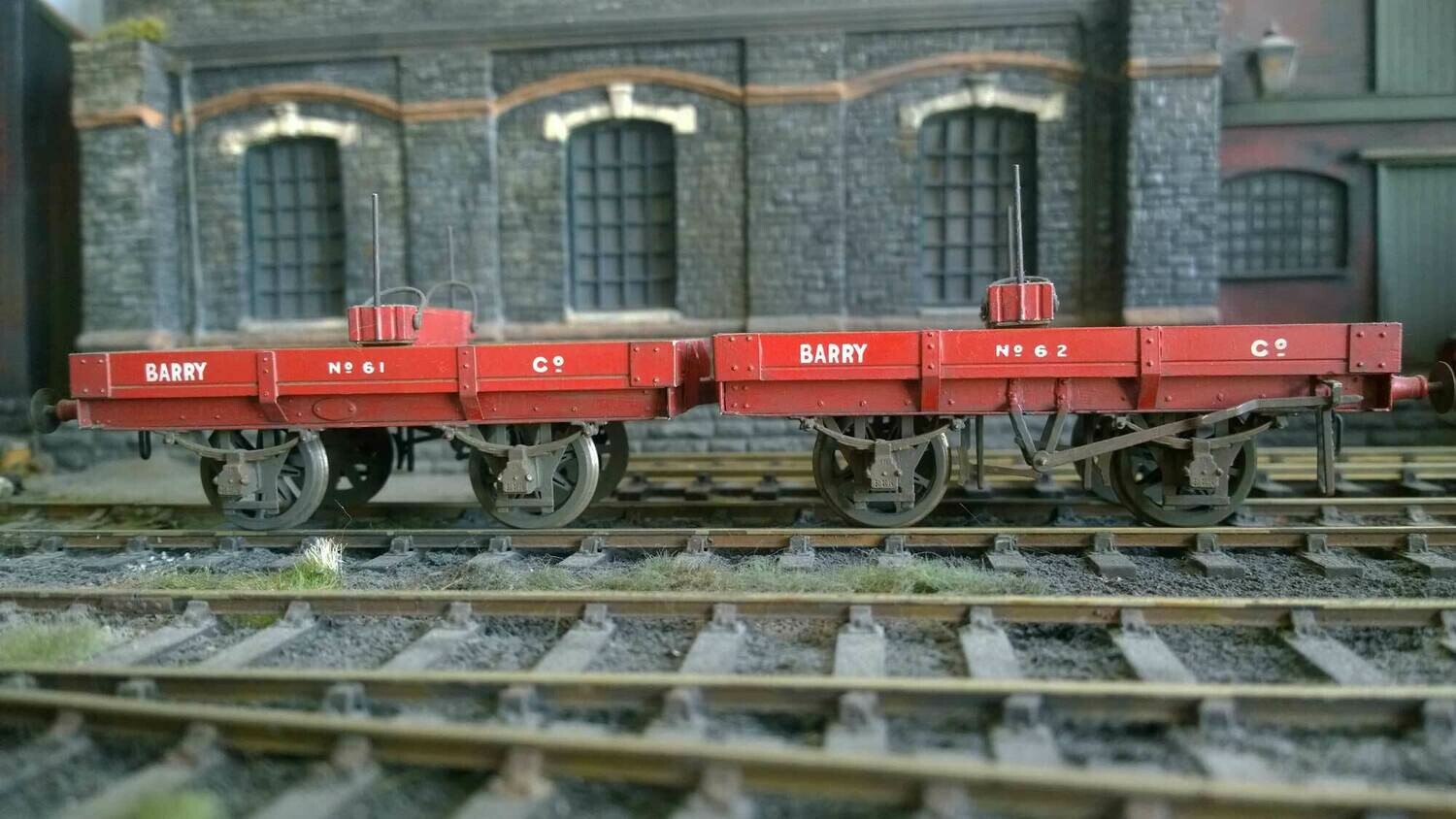 These twin bolster wagons were introduced in two batches from two builders, the Swansea Wagon Co. in 1890/1 and Harrison and Camm in 1898. They were principally used for the carriage of imported timber and pit props from Barry Docks, but also for other long loads, for which they were ideally suited.

The first batch were numbered 61 to 66 (3 pairs) and from 141 to 154 (7 pairs) with the Harrison pairs being 293 to 322 inclusive (14 pairs). Initially the pairs would have kept together, but in the course of time, some ended up with different partners, and photographic evidence should be sought to be certain of precise numbers

They would have carried the normal Barry Railway livery of dark red oxide sides and ends with black ironwork. At this point in time, I have not been able to ascertain the colour of the end stanchions, corner or side plates, so help here would be very gratefully received.

They were lettered in the 6” Barry Co. style and would have been repainted in GW grey after

grouping. Withdrawal dates are again not known yet.